PASSED AWAY ON THUESDAY THE 13 OF OCTOBER 2005 AT THE ROYAL GWENT HAEMATOLOGY B6 NORTH WARD NEAR EIGHT PM.

IT WAS A SAD AND HARD DAY FOR VICTOR TO SEE THE LIFE HIS BELOVED JOAN SLIP AWAY. IN VICTORS OWN PRESENT TIME OF SORROW AND PAIN OF GRIEF IT DOES NOT RELIEVE OR TAKE AWAY THE SUFFERING ON THE CROSS-OF TIME OF HER BODY RACKED WITH PAIN.

Wait for me Joan my Love at heaven’s Gate. 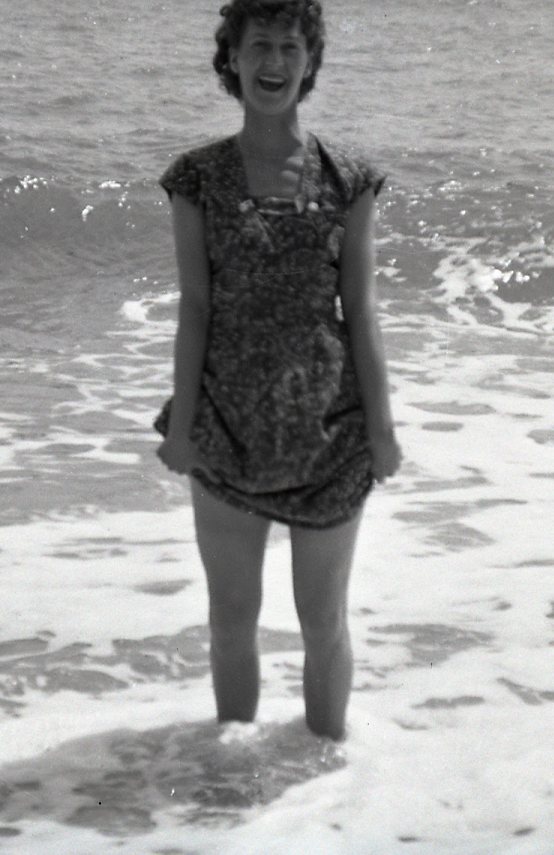 Many days have drifted by since that October 13th Day.Each day of a rising sun of a golden dawn. On high above all clouds the sun ever shines with each revolving day. The grief and anger has mellowed into one of remembering the good times we both shared in struggle and happiness. One does not realise the love value of what one Possess until its gone Remember all you love partners well! Please listen to my plea!. Put your arms around your loved one and say how much. “You love them”. Do it now. Say it with all your heart as surely you will be alone as I. To easy that pain of parting that no one ever can describe in words the grief you have to bear alone.

Sad that the treatment was prior to the one ward was I not in my own opinion a standard one would expect of our health service. But many of the nursing staff was doing their utmost best to treat patients with their skills. Access to water to prevent dehydration and to enable a bed bound patient to be able to have easy access to be helped to obtain a drink. Panic or alarm button not working by Joan’s bedside. A Myeloma patient in with other patients when critical urinary infection could be picked up Failure to prevent patient from falling out from bed three times by putting side guards up. All of the nursing and doctors were in themselves exemplary in their actions. Hardworking professionals are hemmed in it seem by too much managed bureaucratic tape. Food seemed a bit mundane and tea making not very up to a please standard. Accountable work staff employed by our earlier Hospitals and service workers. Contracted out services and even car parking has gone away from our ideals of social world we once knew.

Help us today you may need our help tomorrow. A faded painted message that once adorned the last remaining old Royal Gwent Children’s ward building.

Bury your head in sand now one day the bell will toll for ye!

Son Christopher made it down from Oxford in time to accompany me we were at least by her side in her last moments of her life on this earth which I know was one of pain. Troubled by constipation broken bones and dreaded athritical affliction. It was Tablets tablets pain killers and needles vampire and needles transfusion God if there is a way to die on the cross without nails. Sadly my other eldest devoted Son phoned minutes before unable to be three in grief. But god saves one to do the hardest tasks.

MY LIFE IS NOW IN SAD ABSENCE OF THAT GUIDE HAND OF JOAN. I NOW AWAIT FOR MY FINAL CALL TO JOIN MY FAITHFULL GOOD AND INNOCENT LOVE.

NO WORDS CAN EVER SAY HOW THIS CAN IMPACT ON ONES THOUGHTS OF WHAT COULD I HAVE DONE TO BE CALLED AND BE WITH HER MORE IN HER HOURS OF PAIN OF THAT FINALE LAST LONG NIGHT.

Now become my nails of Grief and Sorrow, —

Broken hearted. Wait for me My Brave Love,

Sorrows come and sorrows fade——– Like angry clouds across the sky—- They Fade—–And soon will come a time when we learn to laugh and smile again — As sorrows Fade——.

Joan Cogbill had a hard start to her early life. Besides tending her mothers every need. Her mother was to die before the teen-age years could unfold.

For Joan’s mother Florie was very ill with TB. The dreaded death sentence of this complaint put more strain on Joan to cook and tend her father’s meals on the death of her mother. A workhorse of those days was considered the eldest girl besides those household chores. Her younger sister also helped. Joan also worked at Lovell’s restaurant in the then busy high street Newport.

Some relaxation in the popular dancing venues one being the Labour hall those simple things one did to dress and move around a floor in partnered male and female pairs.

Joan met Victor and although unknown to her was still in the regular army but would overstay his leave. Joan would dance with all innocence with Victor who was to be her future life long spouse.

One evening Victor put on his uniform and met Joan.

When in uniform dodging the Military police became difficult.

One such time escaping while several matloe’s kept the Military patrol off his back while the two love ones escaped by jumping on to a bus.

Joan persuaded this tear away attitude soldier to return to duty and go back to camp after forty two days adrift.

Joan helps Reform victor and later married with a loyalty which lasted a lifetime of fifty-six years. Buying Victor out of the army parting with her inherited savings making up the amount of both her father and Victors fathers contribution to sixty pounds.

Joan never had a lot of craze for diamonds rings and things. And prams and cots were often seen first priority. Joan to this day never had a lot of glitter Simple things pleased her. But what a loyal stand by your man Joan was to be all her married days.

We were in the post war years of expectation of a world fit for heroes. The house shortage meant a waiting list and one had to have a gaggle of kids to get any priority. And key workers so named became the first in the queue

By a sad sequel to taking home a friend which her father being a widower met and fancied.

It was finally from her father house where they had rooms.

That Joans father took the young couple to court and evicted them. Even thought Joan was to have his first grand child. This is not strange many fathers carry a gene of reject to there own kin.

Was it maybe the age old unknown possibility why has he or she got an offspring nearly my age. Animosity towards our own blood kin can be kindled by the guile of ether sex to meet one’s Desires for their own happiness. Or the dreaded in secure thought that they might be dumped.

Joan with her first son Roy served her time in the local St Woolas hospital ward for the homeless females with their children.

No men were allowed near the ward or hospital they would have to hover for favours in some dark place like Bellevue lane.

Being Homeless had to sleep illegal at his father’s council house at Maesglas hard ship of flopping in fireside portable chair crowded conditions. Witness to this and sharing in plight of those days was Victor’s sister Eileen and Joan bonded Firm friendship.

Joan Put up with this plight of homeless no hope conditions. How ever they both pursued the local Labour MP Peter Freeman and managed to ambush him at the back of the Labour Hall. Changing into an old over coat to look poverty stricken Before going into his party meeting.

However accommodation was conditionally offered at the then down and out homeless hostel on Stow hill. Joan stood by her husband when many females in present day climate would not tolerate a man in so dire a plight.

However the Caretaker advised in what he observed to be a young couple in a streak of bad luck not to move into partitioned sreen type cramped off hostel accommodation with a young baby. With a gas stove to serve several women up the stick walking around in total depression Of a promise of a world fit for heroes..

Any Hero here was Joan for holding on to her man. But some good people are in this cruel world and Mrs Lewis at Watery Lane Farm took us in. Joan enjoyed her stay at this now gone farm and its orchard. at LLiswery near the pub. Her then baby son also was treated well by mrs Lewis and family considering those days know one would take in a young couple with a baby,

Finaly the building of the housing estate that stands 0n ths farm site was to be built and Mrs Lewis had not the room at her bungalow at the site near the pub. So Mrs Murphy of Herbert street took them in and gave them a room and a basement cellar which Victor transformed many family and friends would visit to look at television which not many possessed those times much tea making and drinking went on after many years Mrs Murphy was sad at the departure to a council house for Christopher was born from that house 5 Herbert Street now Herbert walk.The advent of two children meant one could move up the list. to a council house at 10 Brynglas Drive. (to be continued )

My own personal thoughts and written words are that grief and sorrow make one act and responding an unpredictable manner become words in one of compassion or animosity or action of even fear to view a loved one at peace when deceased.

Only later in ones later thoughts does one wish with regret one had expressed love out loud in the spoken word more often. But some can’t, Our Joan never said in so many words she loved me, Joan’s actions expressed she did. I loved her expressed my love in spoken words. Working together I believe is as we provide for each other and family.

What are words anyway? But sounds. A painting paint on canvas prints in a book on paper that tells a story. Unobserved Actions go unrecorded.

One after thought was to me a last chance to be as a family unit we once were we three could not have kept together the last vigil by Joans side on her last night at home. One does not think of doing that at the sad time until its too late my sister Moira kept me company for a few hours my good neighbours paid their respect. I slept by her coffin side alone.